When one of the most iconic brands in the world comes back for a second round, you know you’ve done something right.

In late August 2016, Delta Air Lines contacted FUGO Studios with a spectacular opportunity: Produce the 2017 Delta on-board welcome and safety videos. The videos represent a major portion of Delta’s customer facing marketing and branding. The videos are shown on every Delta flight around the world with an annual viewership of 180,000,000 people,

Obviously, we were eager to get started.

FUGO Studios was tasked with producing an engaging welcome video featuring Delta Air Lines CEO Ed Bastian as well as a new and unique safety video. The videos needed to stand apart, to highlight Delta’s brand pillars, the reasons that Delta operates at the highest standards. For the team at FUGO Studios this boiled down to one phrase:

As the sun begins to crest over the famous “Fly Delta Air Lines” sign, Delta CEO, Ed Bastian walks into frame. He is poised and confident. He walks as he delivers his lines to camera.

ED BASTIAN
You are the reason for our long hours and hard work, the reason we’ll never stop improving.
Welcome aboard.


4:00 AM. The FUGO Studios team arrives at Delta headquarters in Atlanta. Having rendezvoused with the jib operator, our first order of business is getting up to the roof. The FUGO team begins to unload and move in, each case carried three stories straight up – the mercury outside hovers at 19 degrees.

As the clock begins to count down, the team looks to the sky, every minute watching black turn to deep blues and then quietly into dawn. In two hours Delta CEO Ed Bastian will walk out in front of the camera. The team will have approximately 10 minutes to get the shot. Power cables run three stories back down to the ground floor. The space heater in the tent barely keeps up in the the icy dawn. The Alexa is assembled and mounted on the jib in almost total darkness. With half an hour to go the team runs several test passes before the big show begins.

Despite the early call, the record temperatures and the difficult set-up, the shot went off perfectly.
It’s always an honor to work with clients as prestigious as Delta, but it is especially meaningful that Ed Bastian would give us his morning to stand on a freezing roof with FUGO. In the end Mr. Bastian was extremely professional and prepared, making all the difficulties of getting the shot well worth the effort.

Ever wondered where Delta Airlines maintains and repairs their aircraft? Where new components are replaced and in many cases manufactured? How do you paint a plane? What does a stripped down jet engine look like? Exactly how many coffee stations does a 24-hour operation require over a 63-acre facility? Do you back a Boeing into a hangar or go in nose first? What do you call the guy with the red glowing batons? When does the cafeteria stop serving lunch? Which of the 7 stories houses the seat repair bay?

Well, FUGO Studios can tell you.

As part of the Delta Air Lines “Midnight Oil” project, the FUGO Studios team recently filmed across the TOC complex. Moving a production around 63-acres while lighting and shooting in a working aircraft hangar isn’t easy, but it’s definitely interesting. 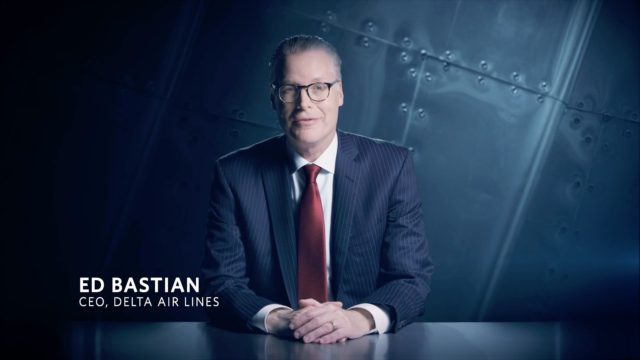 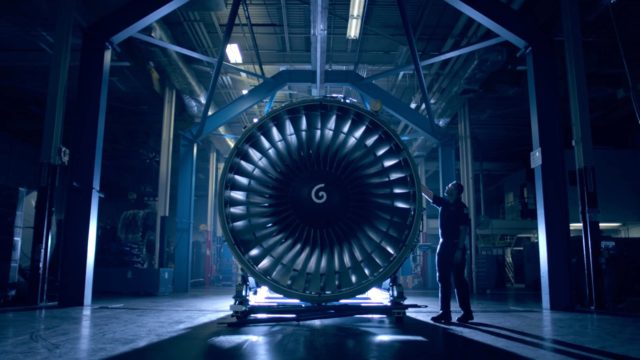 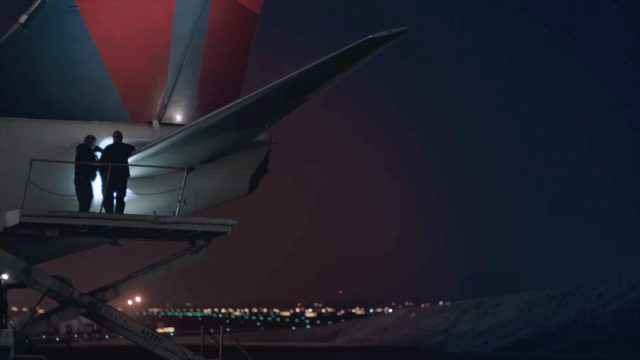 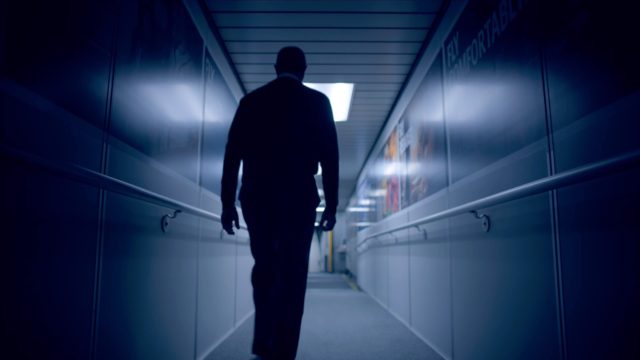 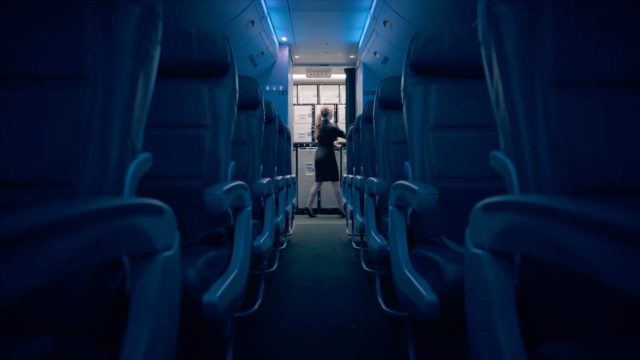 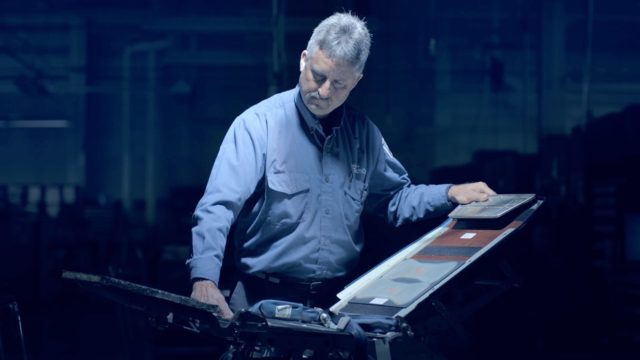 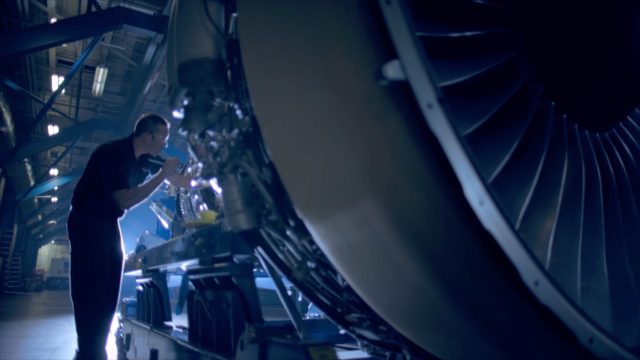 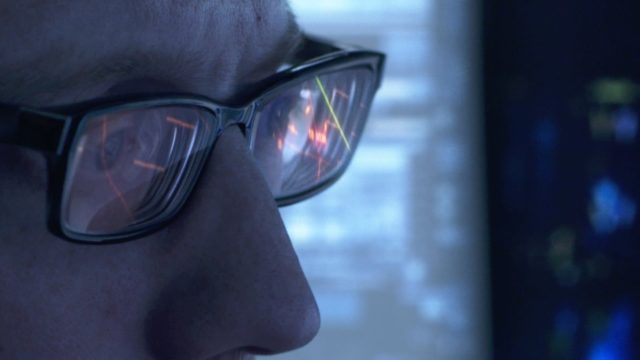 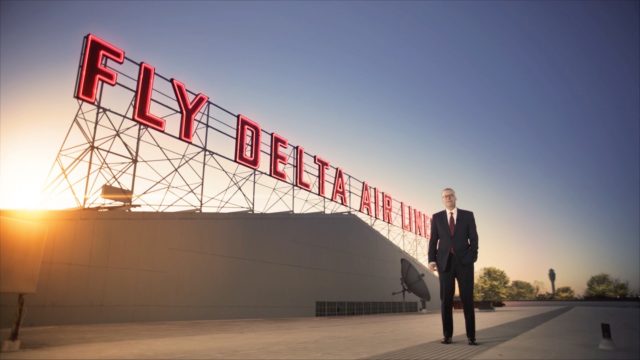 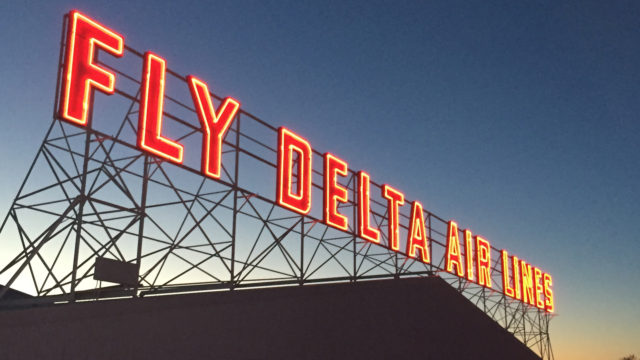 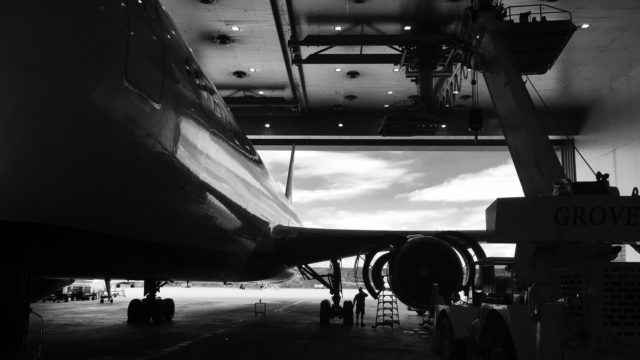 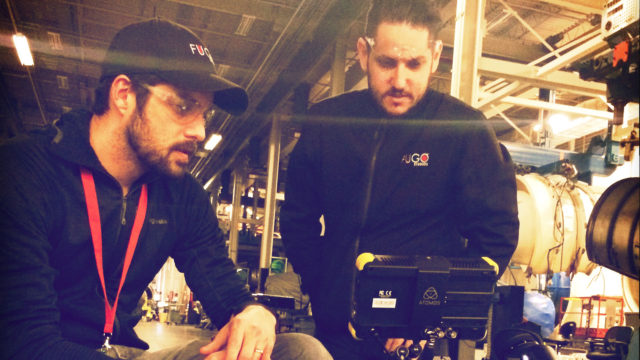 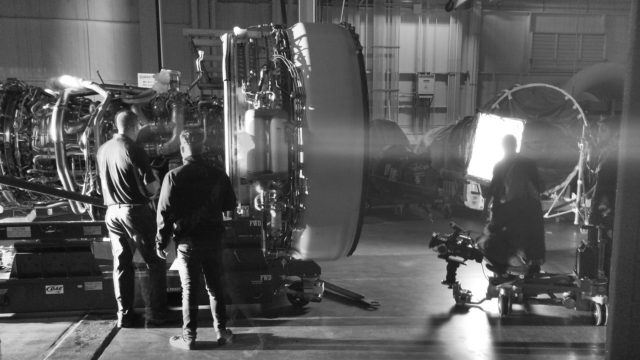 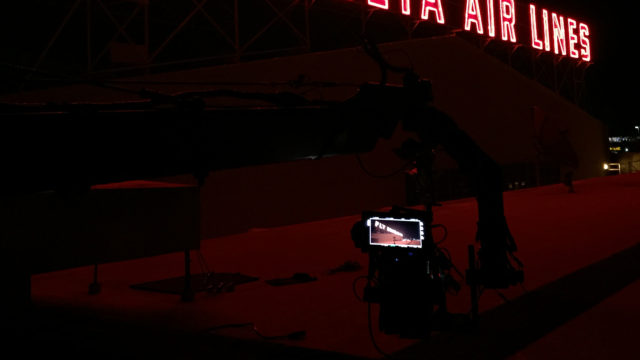 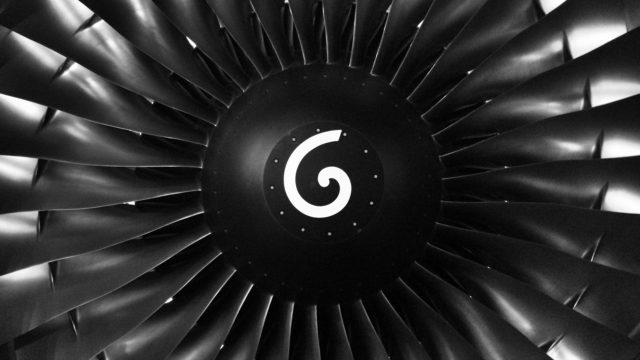 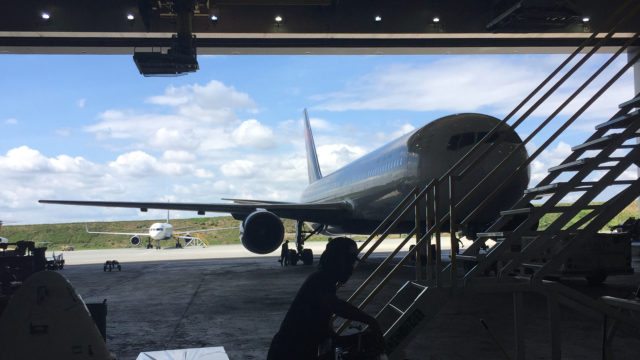 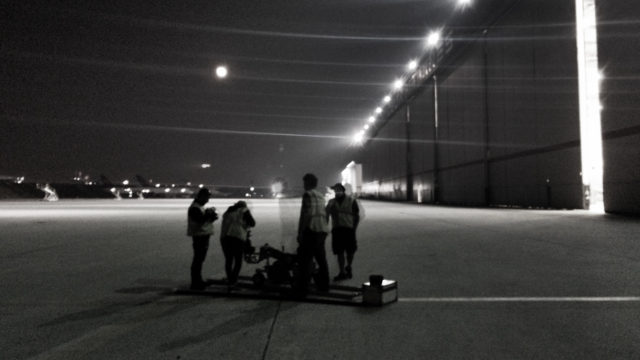 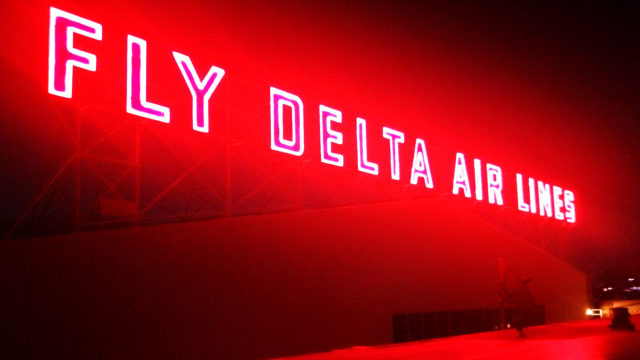